How to build culture for remote teams

Just because your team is remote doesn’t mean that they can’t bond and have meaningful interactions with each other; you simply need to take a different approach. When managing remote teams, it’s important to have multiple communication channels available.

In the not-so-recent past, people commuted to brick and mortar jobs, where corporate culture and face-to-face interaction dominated. Today all kinds of companies are warming to the idea of using distributed, remote teams in lieu of one team in a central physical location.

There are many great reasons for using a remote workforce. There’s less overhead, remote teams tend to be more productive and happier with their jobs, and they have a lower rate of absenteeism. Happy workers mean less turnover, which saves any company money and time. In fact, studies show that the remote U.S. workforce has grown by 115% since 2005. In years to come, those numbers are likely to increase, so it’s important to understand how to build culture for remote teams.

While the advantages to remote teams are obvious, building culture for remote teams takes time and dedication. Some companies struggle with how to build that same culture when their employees are scattered across multiple time zones and countries. Remote teams are like traditional teams; whatever you would normally provide to a traditional worker, you need to also provide for a remote worker, just in a different way. Read on to find out some ideas on how to build culture in remote teams.

Building culture for remote teams starts with developing and communicating your company values. The earlier you define who you are as a company, the easier it will be to manage a successful remote team. Solicit ideas and input from other employees so that they buy in to the company values. If your employees help to create the values, it’s likely that they’re values that people can align themselves with. Communicate the values to everyone so that each team member knows what’s expected of them, as well as what’s available to them.

Be as transparent as you can when building your company’s core values; it fosters a sense of trust between the company and all employees, remote or otherwise. If team members think things are shrouded in mystery, they’ll likely be suspicious or distrusting, and you may not get their best effort. If, however, team members feel like they have a stake in the team or the company’s success, they’re more likely to work harder to achieve that success.

Recognize the Benefits of Remote Teams

Before you can successfully manage a remote team, you must buy into the concept. While it’s not the same as a local team, those differences can benefit your company. Remote teams can be highly productive and cost effective if built and managed well. Additionally, turnover and sick time on remote teams tends to be lower and worker happiness higher.

Remember that remote teams, like any team, are only as good as their weakest member. Not everyone is equipped to be a good remote worker. You need to staff your remote team with self-motivated people who work well independently as well as with a group. Workers who require a lot of supervision, in-person team interaction, or who aren’t self-starters may struggle in a remote work environment. Recognize what each person brings to your team and those individuals who won’t mesh well with your other remote staff.

Communication is important to any team, remote or otherwise. But when you’re managing a remote team, you don’t have daily face-to-face interactions with the team members. While most offices probably don’t have a watercooler anymore, the watercooler effect is present in a brick and mortar environment. In other words, being in one physical location together allows employees to interact and get to know one another outside of team meetings. It’s important to replicate that environment for a remote workforce because it builds human connections outside of the project.

Just because your team is remote doesn’t mean that they can’t bond and have meaningful interactions with each other; you simply need to take a different approach. When managing remote teams, it’s important to have multiple communication channels available. Don’t rely simply on email and conference calls. That won’t build team unity and it doesn’t lend itself well to successful project management either. While each member of the team has a role, there are times when team members need to lean on one another to accomplish a task. Talking to someone face-to face is different from a relationship based on phone and email, so it’s important to keep as many communication channels open as possible and be sure that video conferences are part of your weekly routine.

If possible, schedule at least one weekly video conference call with the entire team. Depending on the project, you might find it necessary to conduct daily “Stand Up” meetings as well. If possible, always do those via video conference, rather than solely by phone. If time zone restrictions make that difficult, schedule video calls with team members in the same time zone and make sure to share the fruit of those conversations with other team members.

Additionally, having a good chat (like Slack) or direct messenger client available can help foster communication between team members. It’s also an easy way for team members to send a quick message or question even if the recipient is away from their desk. Whatever communication methods you settle on, make sure that the remote team members know what they are and what your expectations are for their use. Encourage open team communication.

Anyone who has worked at a traditional company can probably tell you that one of the biggest complaints that employees have is recognition. It’s also one of the easies issues to solve. For most workers, that means a simple acknowledgement of a work anniversary or a job well done. For others, recognition takes the form of assignments, titles, and monetary compensation.

When managing remote teams, be sure to introduce any new team members to the group. Some companies just send an internal email (which doesn’t include the new employee) to a team when a new member will be joining. On a remote team, however, you won’t get the opportunity to walk around with the new hire and introduce them to every team member, so you need to ensure that you do it virtually.

When a new team member joins the group, don’t just send a simple announcement. Rather, introduce them to the team, which allows the new hire to also introduce themselves to the team and communicate their relevant experience, interest, hobbies, etc. In other words, celebrate and welcome your new hire and let them and the rest of the team that they’re a valued member.

When you have your first video conference that includes the new hire, make sure to spend a few moments introducing them again to everyone and let them tell everyone a little bit about themselves and what they hope to bring to the team. Encourage a conversation between the new and existing team members. Hopefully, they’ll follow your lead and continue that communication via other channels.

It’s important to measure the employee engagement of remote workers just like you would traditional workers. After all, remote workers are still employees, so understanding their issues and challenges is important. Especially with remote teams, it’s important to measure employee engagement and satisfaction regularly (perhaps quarterly). And measuring engagement isn’t enough; you need to communicate those results to the employees, as well as address any common concerns that were realized as a result of the survey.

Doing satisfaction surveys regularly also allows employees a communication outlet with management. All remote workers should be encouraged to speak their mind (respectfully) whenever they have a concern. They need not wait for the next survey. Let your workers know that there are always open channels of communication available to them.

If possible, it’s a good idea to find a way to get your employees together once a year for some fun, team building, and the opportunity to meet and interact face-to-face. Some companies schedule a yearly company retreat. If that’s not an option because your people are too spread out, consider having a more local meetup in several locations that will allow some of the remote workers to connect. 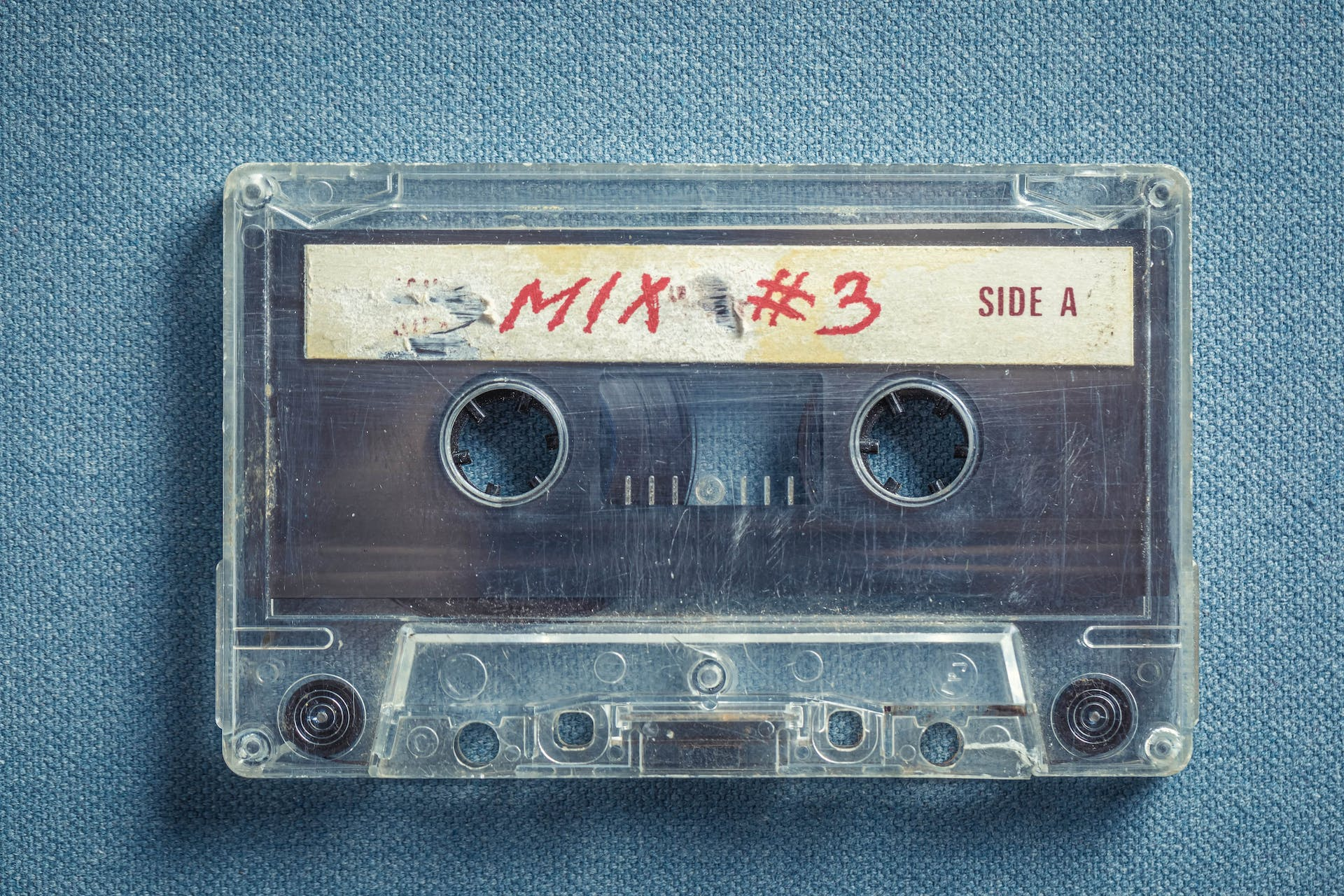 Digital transformation begins with lead management, helping to solve operational problems through technological tools and support from IT departments. 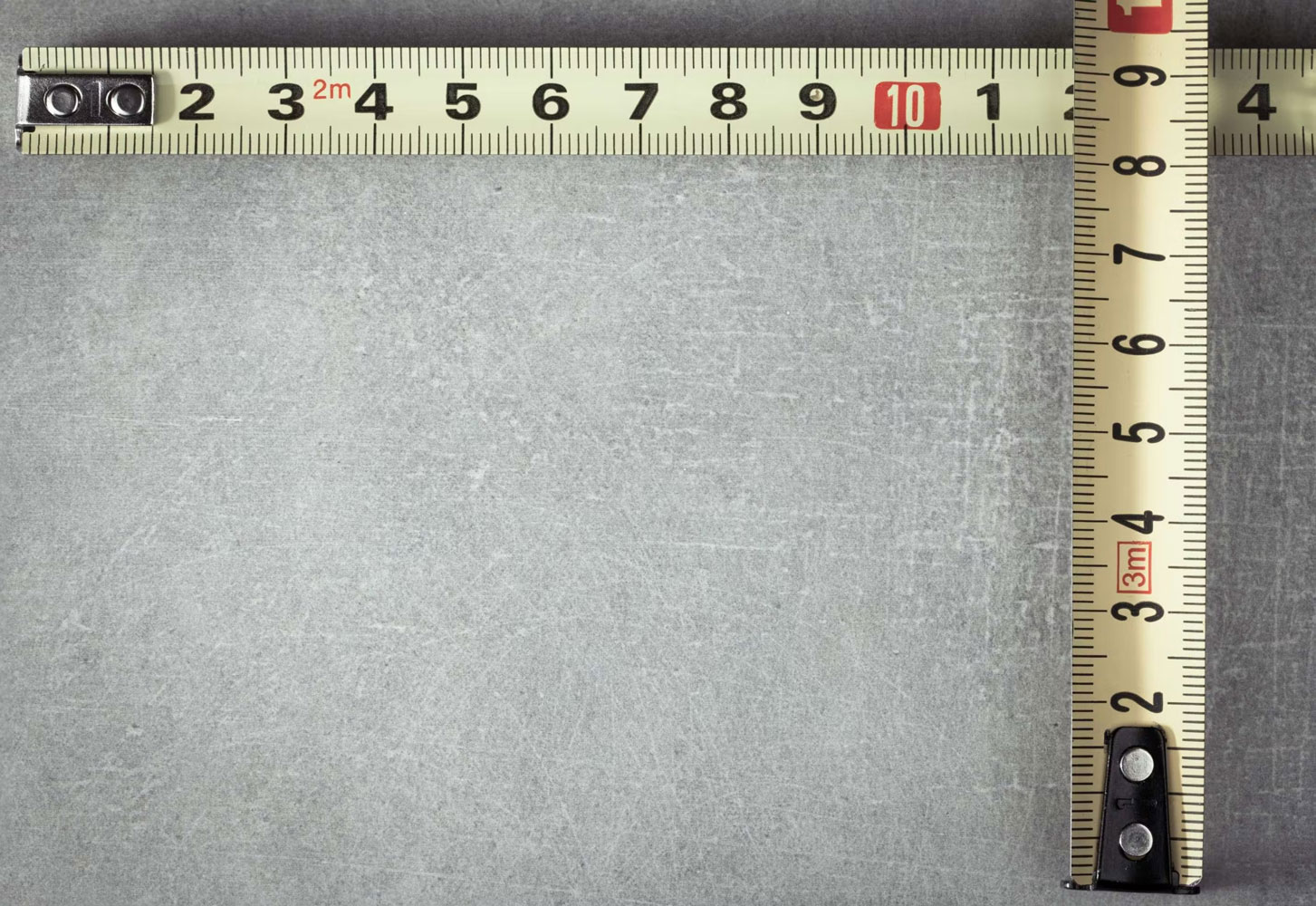 Productivity in a remote work team: what data should we measure

Find out how to measure the productivity and performance of your employees through the use of technological tools and the establishment of appropriate KPIs. 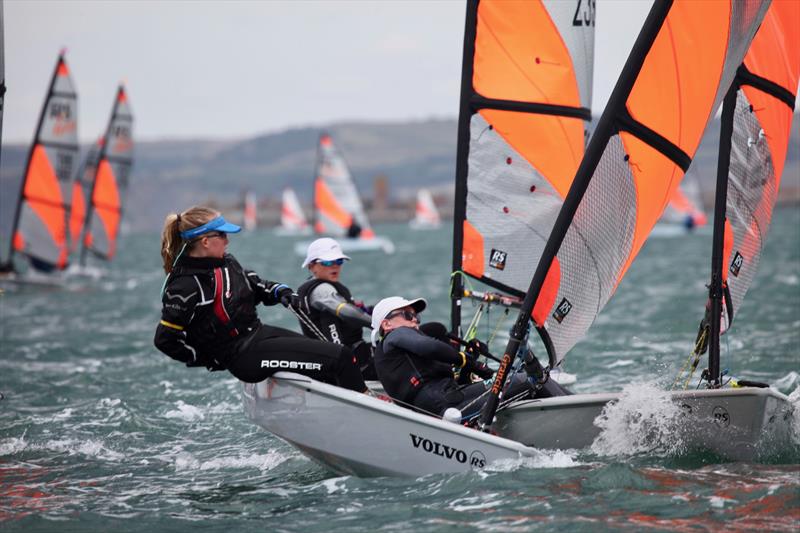 5 Rules for Navigating the Future of the Workplace

Organizations must think about the future of their workplace if they want to survive and navigate the changes the world is continually experiencing. 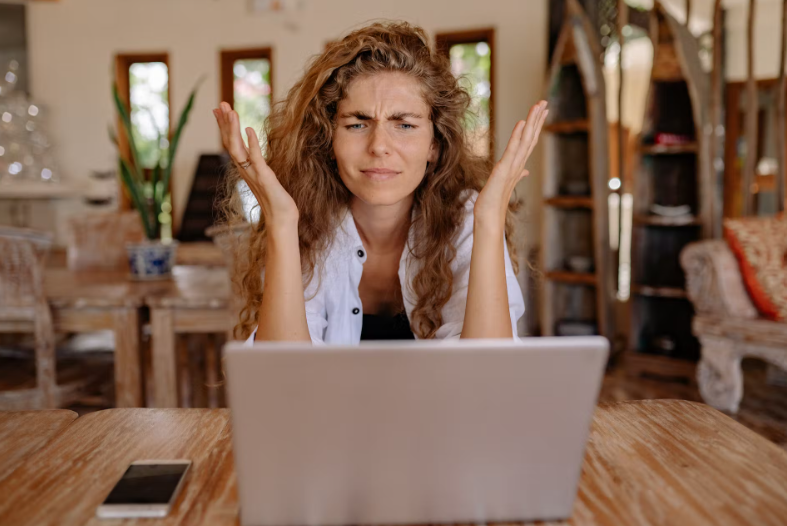 How to Manage Employee Conflict in a Remote Work Setup

In this article, we explore the different conflicts that can arise in a remote work setup. Then, we provide tools and strategies to manage until they are resolved. 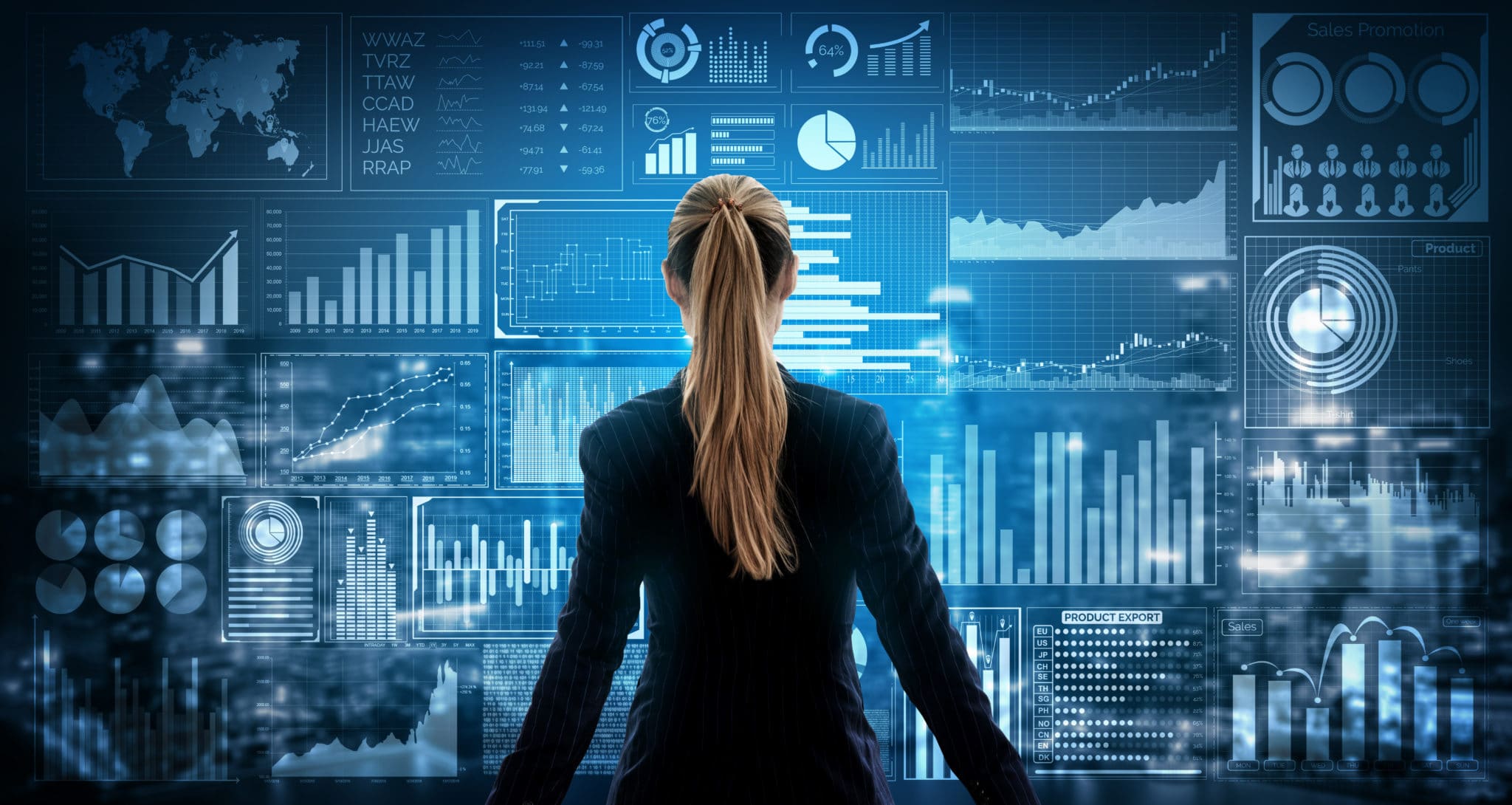 Data analysis will make your company more productive and competitive

Data analysis allows you to collect consistent information about projects, giving you the opportunity to make the right decisions at the right time. 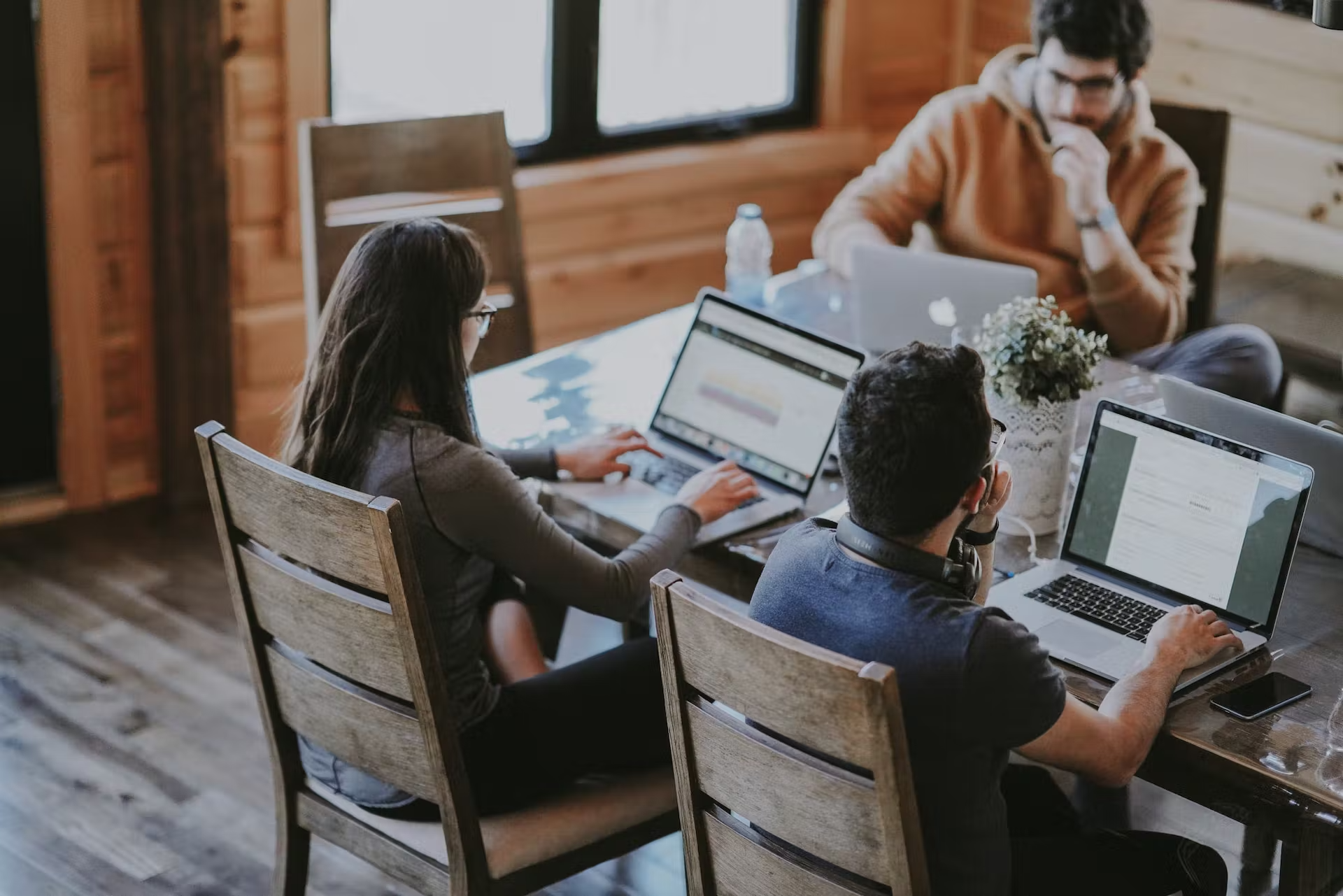 The Undeniable Data Behind Productivity and Effectiveness: In-Office vs. Remote Work

Fast-forward to the present day, where remote work has now become more than just a “nice to have” benefit; many workers now expect to be able to work remotely. Remote work isn’t just a benefit for the workers, but also companies.