The Rise of Gig economy: What does it mean?

The gig economy is one that’s defined by freelance and contract work, rather than permanent positions. Even if the term is new to you, there’s a good chance that you’re already part of the gig economy. If you’ve ever used a ride share service like Uber or Lyft or had your food delivered through an online delivery service like Grubhub, DoorDash, or Uber Eats, you have participated in the gig economy.

The rise of the digital age has changed not only how we live, but also how we work. We can now watch movies, order groceries (and anything else we desire), and see a doctor all by pushing a button from the comfort of our homes, which adds flexibility to our daily lives. So, it should come as no surprise that people are now choosing that same flexibility with their work.

Technology jobs play a big part on the rise gig economy. Employees who work in software development, web development, project management, or writing (copyrighting, technical writing, etc.) usually only need a computer and a broadband internet connection to work from anywhere. Platforms like Celerative and Upwork help connect workers to projects, and they ensure that workers get paid and the clients are satisfied.

Are you looking for more reasons to join the gig economy? Read on to find out seven reasons why this methodology  is not only on the rise, but here to stay.

The Gig Economy by the Numbers

According to Upwork’s Freelancing in America (FIA) 2019 survey, about 57 million American workers were freelancers, or about 35% of the U.S. workforce. That’s an increase of 4 million workers since 2014, and in the last five years, the percentage of full-time freelancers increased from 17% to 28%.

Younger generations make up about 50% of the gig economy workforce and are more likely to freelance than older ones. A 2018 survey by Payoneer, however, indicates that about one third of the respondents from the United States are over the age of 50.

Traditional employers often tout work-life balance; they know it’s important, but it’s unclear if they really understand what it means to the employee. Often, the attitude of the organization is that work-life balance is achieved by allowing partial telecommuting. What some organizations fail to understand is that even though that employee is working remotely, they’re still being managed as if they were sitting at their desk on-site. Enter the gig economy.

Workers in the gig economy can achieve that elusive work-life balance. They have more freedom to structure both their work and non-work time, which leads to increased worker happiness and employer satisfaction.

According to the American Institute of Stress, more than 65% of traditional workers suffer from workplace stress. Stress can manifest in many ways, from headaches and back aches to more serious conditions like high blood pressure.

When workers are healthier, they tend to take less sick time and they work more hours/week. For example, if a health condition prevents a worker from frequently not coming to work, that same worker may still be able to contribute if able to work remotely. Some workers are more productive when they work remotely versus showing up to an office every day.

3. Variety of Work and Opportunities to Learn New Skills

Many traditional workers do the same tasks from day-to-day and year-to-year. For some, this leads to boredom, lack of productivity, and erosion of their skillset. The gig economy provides an outlet for workers to never have the same day twice. Gig workers can pick and choose different projects, which helps to keep them engaged and it keeps their skills up to date. With every project, you likely learn a new skill, so if you’re always taking on multiple projects, you’re constantly learning and growing which can lead to more profitable projects in the future.

4. Gig Workers Can Make More Money and Get to Keep More of What They Earn

Depending on what part of the gig economy you occupy, you can make more money as a gig worker either through a higher hourly rate or by taking on more work. If you need to make extra money, you can choose to take on extra projects or more complex ones that tend to pay a higher rate.

For the traditional worker who joins the gig economy, they reduce their need to get in a car, train, or bus to commute to work and/or pay for lunch. Those who normally drive to work save money on gas, tolls, and wear & tear to their vehicle. And, if you work from home, you can also control food costs. That means that gig workers get to keep more of their pay.

Increased productivity is one of the reasons that organizations employ gig workers. Studies show that gig workers accomplish more in a workday than traditional workers, not less. If each worker gets two more hours of work done daily by working remotely, that equals real dollars to an organization.

According to one study, gig workers are also happier, and happy workers tend to be more engaged (increased productivity), which leads to reduced absenteeism and attrition. The gig economy empowers workers by allowing them the flexibility to plan and structure their day so that it maximizes their work and life potential.

6. The Gig Economy Provides a Deeper Talent Pool for Employers

By not limiting themselves to local talent to fill skilled positions, organizations who embrace the gig economy can hire talent, regardless of geographic location. This is especially valuable if the skill set you require is highly specialized or highly sought after. By casting a wider net, the likelihood of finding the right candidate for a position increases dramatically. When an organization can hire the right people for the job rather than the best person they can find locally, it can reduce the cost to hire significantly by ensuring that the organization doesn’t have to hire and train multiple candidates.

By utilizing the gig economy, employers can hire highly specialized contract candidates for short term work without having to pay benefits. Employers may also use these short-term gig contracts as a means of seeing whether a contractor is a good long-term fit for the company. Often, you may work a contract for a few months and then get offered a permanent position based on your performance.

For many these days, times are tight, and often having a single source of income is no longer enough. Some people need the extra money to pad their income, some may not want to rely on a single income in case they lose their job, and some people just want extra spending money. Even if you have an eBay or Etsy store, you are participating in the gig economy, while possibly simultaneously satisfying a personal interest or hobby. Or, maybe you use Airbnb to rent out your apartment while you’re away and earn money for your own vacation.

While there can be challenges to the gig economy, there is no denying that it is a growing part of the total economy. With the advances in technology, people now have a way of monetizing skills that they once couldn’t. By using the reach of the internet and various platforms, the gig economy has changed the way we live and do business. It forces conventional businesses to reassess their business and hiring practices. And, the gig economy provides a much-needed outlet for workers. In short, the gig economy has positives for both employers and workers.

The gig economy will continue to grow as people discover the various ways they can use it to either earn a living or earn extra money. Think about how far the gig economy has come in the last 10 years. We now leverage the gig economy to schedule rides, have goods and services delivered, stay in a home versus a hotel, earn extra money for incidentals, and more. People of all ages are joining the gig economy, albeit for different reasons. Younger workers may initially join in order to pay down student loans and other debt. Older or retired workers may become gig workers to bridge the gap in their retirement income. One thing seems certain: The gig economy will continue to expand as businesses, freelancers, and technology continue to challenge the way we live and do business. 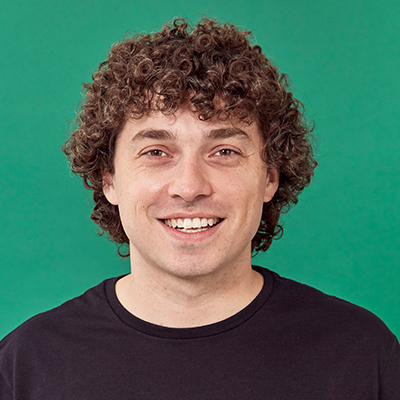 In this blog post, Pablo Baldomá gives some examples of how the world is indeed changing and what we can do to stay ahead in today’s global marketplace. We hope that by reading this article, you have been inspired to take action on your own entrepreneurial journey!